Leading FIA Connect, the FINN Sessions will once again provide a forum to explore and debate the major topics and trends affecting the aerospace industry today. 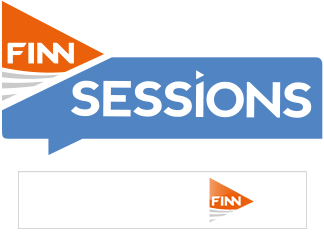 Discover the exciting line up of topics and speakers already announced for the FINN Sessions.

Reserve your seat at each session to ensure you have full access to the exciting FINN Sessions programme.

More programmes, sessions and speakers are being added all the time, so make sure you keep coming back to stay up to date with all the latest information.

This headline event will bring together senior international aerospace and defence leaders to discuss their perspectives on the outlook for industry.

airBaltic (AIR BALTIC CORPORATION) is one of the most punctual airlines in the world connecting the Baltic region with over 60 destinations in Europe, the Middle East, and the CIS. airBaltic is a joint stock company that was established in 1995. Its primary shareholder is the Latvian state, which holds around 80% of the stock, while Lars Thuesen holds around 20% through his fully-owned Aircraft Leasing 1 SIA. airBaltic operates 22 Airbus A220-300 aircraft. airBaltic has received numerous international awards for excellence and innovative services. In 2017, the airline received the CAPA Regional Airline of the Year award, while in 2018 and 2019 airBaltic received the ATW Airline Industry Achievement Award as the Market Leader of the Year. In addition, in 2019 airBaltic received Sector Leadership Award by Airline Business.

For the aerospace and defense industry to grow, it needs a talent pool that can take innovation to the next level. Yet, one of the most massive generations in a century is marching toward retirement and taking their know-how with them. How do aerospace and defense companies prevent “brain drain,” and win the war for talent with other industries like tech and life sciences? Paul Feeko, EY’s Americas Aerospace and Defense Leader, discusses these challenges and poses ways to overcome them.

The steep decline in commercial air travel following the COVID-19 crisis has brought about a number of environmental benefits weighed against major financial impacts.

Maintaining environmental progress is likely to require policy change, this panel will discuss potential government plans to support recovery of the sector along with protecting valuable environmental improvements. The contribution of manufacturers and those in the supply chain to achieving greener skies - for example through eco-fuel and greater innovation in engine technologies – will also be discussed.

Additionally, the far-reaching financial implications of COVID-19 are to be addressed as industry looks to rebuild and regain financial and workforce stability.

In this session you will:

From space tourism to landing on Mars, most of us regard further space exploration as expensive and incredibly challenging. Since the sixties, man has raced to travel further but with so much to fix on Earth, why such determination to push boundaries and see more? Join us to learn how some of many of our most valuable technologies come as a result of  space travel, and learn about the way humanity is cooperating in a way that transcends politics and worldly concerns.

When will the airline industry recover and will it ever look like it once did?

This panel, made up of industry, government and regulators will address how to rebuild confidence and get passengers flying again, exploring clear and robust policy implementation, and plans by airports and airlines to ensure technology and revised hygiene practices are adopted.

The panel will also debate how the next few years for industry could look; who will thrive and who may struggle to survive.

Around the world, industry and governments are conducting pilot studies and tests, rapidly maturing the potential for Elevated Mobility to transform the way we move goods and people locally and regionally. But what are the critical ingredients needed go from “pilot study” to “operational practice”? How to scale urban air mobility to realize the full economic and social potential of elevated mobility? And how long will it take?

The inaugural FINN Sessions took place at FIA2018 and were met with an overwhelmingly positive response.

Over the 5 trade days we saw the 2 dedicated on-floor theatres host 44 Sessions, 67 Speakers and over 2,030 audience members. 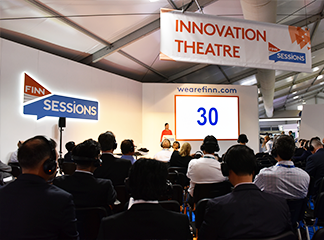 The FINN Sessions is brought to you by FINN - The Aviation Industry Hub.

Be the first to hear the latest from FIA Connect, as well as up-to-the-minute news and views from the leaders of Aerospace and Defence by subscribing today.